The Packet Slicing feature of the GigaSMART® engine truncates packets while preserving the portion of the packet (the protocol headers) required for network analysis. Packet Slicing can parse variable header packets, starting slicing after a named header (IP, TCP, etc.) with or without VLAN and other tags. Thus, there's no need to rely on a fixed offset to slice packets.

Packet Slicing removes payload that may be irrelevant to network monitoring and security analysis. This reduces tool throughput and disk space while improving performance and data retention. It also removes sensitive data before it is stored, which makes regulatory and privacy compliance easier. 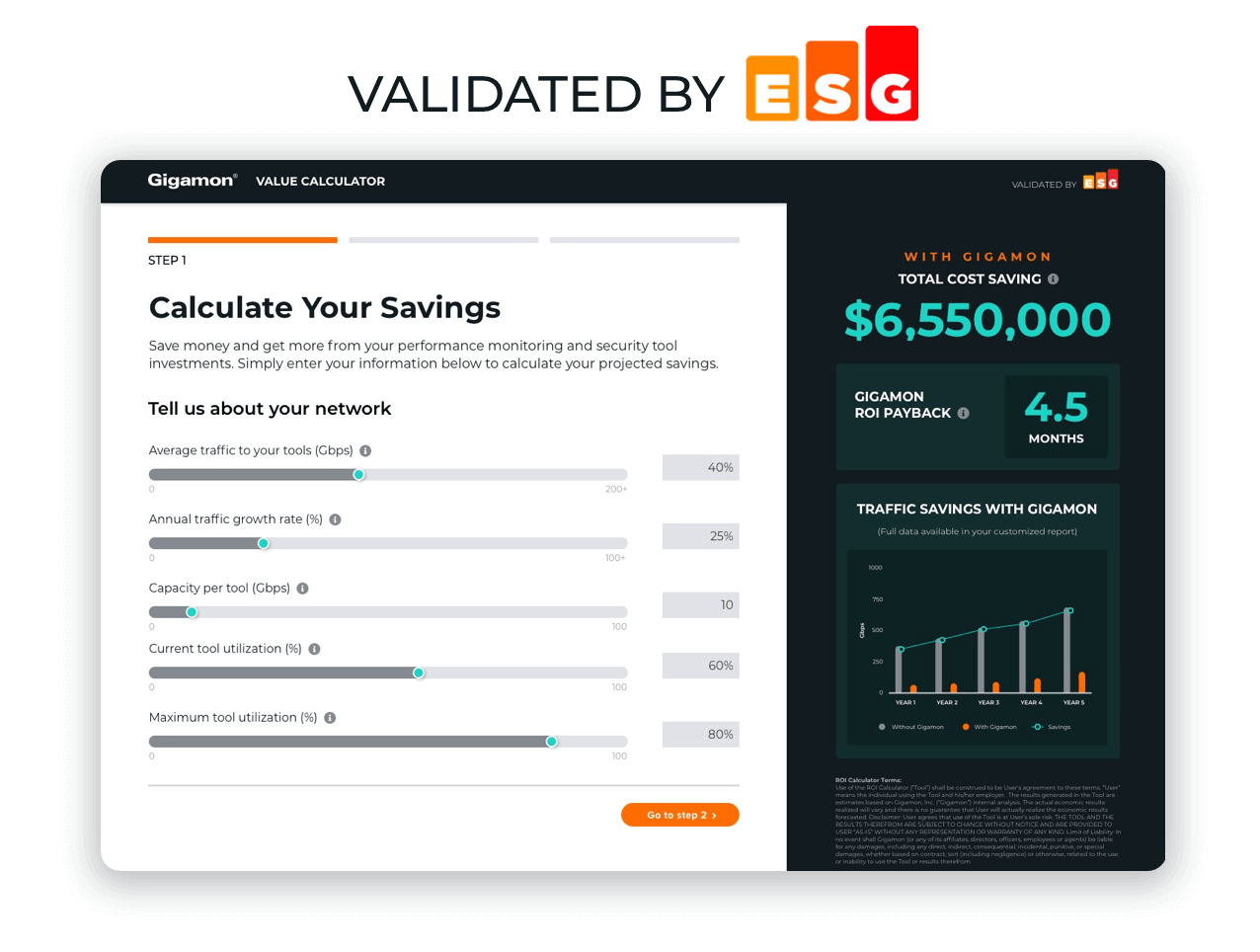 Benefits of the Packet Slicing feature

GigaSMART® offers a number of other essential traffic intelligence services required for active visibility into infrastructure blind spots, including:

Eliminates these issues by slicing payloads and packets from long data flow.

Provides context to packets and allows tools to properly assess network behavior and threats based on where they are.

Identifies patterns across any part of the network packet, including the packet payload.

Creates a secure channel between the server and the end user's computer or other devices as they exchange information.

Truncates packets while preserving the portion of the packet (the protocol headers) required for network analysis.

Divides and distributes traffic among multiple tools, so network and security visibility can scale.

Provides a complete view of the applications running on your network automatically.

Extends Layer 7 visibility to thousands of common and proprietary applications.

See why ESG believes the Gigamon Visibility and Analytics Fabric is a critical tool for security success.

We're here to help you find the right application visibility solution for your business.

Permanently obscure data before sending it to your tools.

Reduce traffic sent to tools with intelligent slicing of flows.